The Brotherhood of the Church is a branch of the Jamaica Baptist Union Brotherhood, a movement which began in 1927, under the Chairmanship of the late Dr Arthur Stephenson, Lay-Pastor of the Morant Bay Circuit of Baptist Churches.

The Brotherhood as a vital constituent of the church body provides an avenue for male involvement and participation in the life of the church. In addition, it provides an environment in which men can build camaraderie and find both temporal and spiritual support in pursuit of living a Christian life. The brotherhood aims to highlight the roles and responsibilities of men in the life of the church and their obligation to each other and by extension the youths.

One of the movement’s objectives is “To provide a medium through which the men can serve efficiently in promoting the full programme of the Church and denomination”.

Over the years, the Brotherhood has endeavoured to exercise a ministry directed at our men in particular, in the Church, as well as outside, but much needs to be done in portraying the Christian life as that dynamic enterprise in which men might joyfully and adventurously engage in the task of kingdom building. 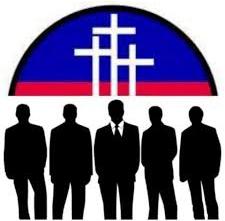 “Finding Following Fraternizing” Purpose: • To project and sustain a programme of work which will have as its ultimate objective the leading of men of the Baptist Churches in fellowship with the association into a Read more…